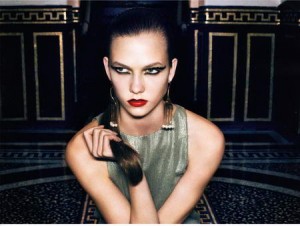 Most people associate modelling with women rather than men; however there are ample opportunities for men to model if they wish to do so. Models Direct has a whole host of male models on their books – here we take a look at the success stories of Lewis and Tom. 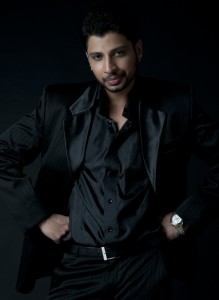 Like many new models, Lewis was feeling very nervous before his first Models Direct assignment; however as soon as he reached the venue, he was given a warm welcome by the photographer and creative director, which helped him to relax. Lewis found the whole process to be surprisingly simple and quick – it involved quite a few standing poses, including some waiting for a bus and talking on the phone. The final images are to be used in video games and advertisements. Lewis also remarked that the atmosphere during the entire shoot was very relaxed, which made it easier to pose naturally and do a good job. He left feeling proud of himself, and eager to do more assignments in the future, and has said that the experience with Models Direct was invaluable for his modelling career.

Tom felt quite confident before the Models Direct shoot. His first assignment was a rather unusual one, as the photographs were to be transformed into digital 3D computer images. He was asked to bring along a couple of different outfits for the shoot, including a casual one, and a slight more formal choice. Because the photographs were to be used for 3D images, the cameras were set up at almost every angle. Tom said that the poses were quite simple, ranging from standing to sitting down. After the shoot was finished, the photographer commented that he had the ‘model look’, which Tom said was a huge boost to his confidence, as he had felt he wasn’t suitable for modelling before this, and the experience has been so positive that he is now seeking out bigger assignments with well known brands. As a final remark, he added that those thinking about signing up to Models Direct shouldn’t hesitate to do so.

Like everybusy modelling agency who works online, Models Direct has a strong presence on each of the most well-known social networking websites, including Facebook, Pinterest, Google Plus and LinkedIn, which is why the management of the agency were shocked to hear that more than 83 million users on Facebook are not real.

Many of the ‘likes’ and friends on fan-pages say Models Direct, have been reported as being from automated or duplicate fake profiles, with the latest figures suggesting that more than 8 percent of all of the social network site’s users (995 million in total) are fake.

The discovery was made during Facebook’s filings which were published recently – these revealed that 83.09 million users were fake, with approximately four percent coming from copied profiles, which Facebook has said are accounts which a user keeps in addition to their primary profile.

Just over two percent of these fake profiles were named as ‘misclassified accounts’ which Facebook management describes as profiles set up for pets, organisations and businesses, whilst another one percent were revealed to be ‘undesirable’ profiles – ones which breach the networks terms of service, in that they are set up specifically to send spam to others comment Models Direct.

Models Direct say the good news is that the findings won’t have any detrimental effect on the average person’s use of Facebook. However, for those that use Facebook for advertising purposes, the enormous quantity of fake profiles could cause problems. An investigation was recently conducted by the BBC, in which a tech journalist by the name of Rory Cellan Jones created a fake business called Virtual-Bagel, so that he could examine where the fake ‘likes’ and fans were coming from. It was discovered that many originated from Asia and the Middle East. Although the journalist concluded that these false profiles were not a major cause of concern at the moment, he added that with the increasing popularity of the site, this could become problematic over the course of the next few years, as more and more businesses make use of this site in order to increase awareness of their brand.