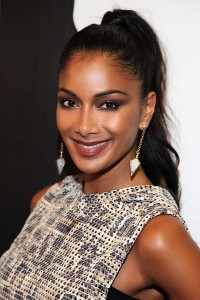 Models Direct were pleased to hear that one of their favourite recording artists, Hawaii born Nicole Scherzinger had nabbed herself a job which involves hair modelling. The team working at the agency have always admired the glossy, groomed mane which Nicole has, and so weren’t too surprised when they heard that the famous hair care brand Herbal Essences had snapped her and her beautiful locks for their 40th anniversary celebrations, ‘Herbally ever after’.
Nicole is to serve as the ambassador for the brand’s celebratory collection, which is made up of a new range of indulgent hair care products designed to create shiny, healthy locks. Nicole will be fronting the campaign, showcasing her own flawless, glamorous hairdo for the duration. Another Ambassador for the brand, Ben Cooke, spoke about Nicole joining the campaign, remarking that she has ‘naturally gorgeous’ hair, and as such is the perfect woman to represent Herbal Essences – Talent Management couldn’t agree more. Her remarkable achievements, beauty and effortless style make her the ideal ambassador for the collection.

Nicole came into the spotlight as the Pussycat Dolls’ lead singer, and with her guidance, the group became one of the most successful female bands of all time, earning three billboard awards as well as two MTV Music Video Awards. After the group project came to an end, Scherzinger decided to release a solo album in 2011, entitled Killer Love, which resulted in several hit singles and ended up being one of 2011’s bestselling albums. Nicole has also become involved in modelling, and has acted in a number of films. She is currently serving as a panellist judge on one of Models Direct’s favourite hit reality shows, The X Factor.
When Models Direct asked her about her latest modelling job, Nicole expressed her excitement about being the new ambassador for Herbal Essences. She added that she had been using their hair care products since she was a teenager and so feels very connected to the brand, and loves the fact that they use natural herbal extracts for all of their products.